Out in the little hamlet of Inverness California, behind an old market, sits an old fishing boat aptly named the “Point Reyes”.
When I first laid eyes on her back in early 2001 she showed signs of neglect and to the untrained eye looked like she could actually go to sea once again with a little TLC.

From her layout and rigging style she looked to have been a Salmon trawler/rockfish rig typical of the California coast. Numerous legendary stories surround her mysterious beaching, but one thing was certain, and as time has shown true, it is her final resting place.

If you’re a “Daydreamer” you can imagine her life along with her owner and crew plying the coastal waters and delivering her bounty to restaurants in the San Francisco Bay Area. I’m sure she has plenty of stories of her own…

When I first came across her I was just starting to “play” with photography. The first image you see here was taken in January of 2001 when at that time, I found her to be a curious object to photograph. I thought it was “cool” that Ravens were
alighting from her signifying what was to become a long slow process of decay.

Over the years every visit to the Point Reyes National Seashore brought me to her and I would photograph her each time, noticing with increased sadness her decline.

However, just as she had brought healthy and fulfilling nourishment to diners her in heyday, she wasn’t done… 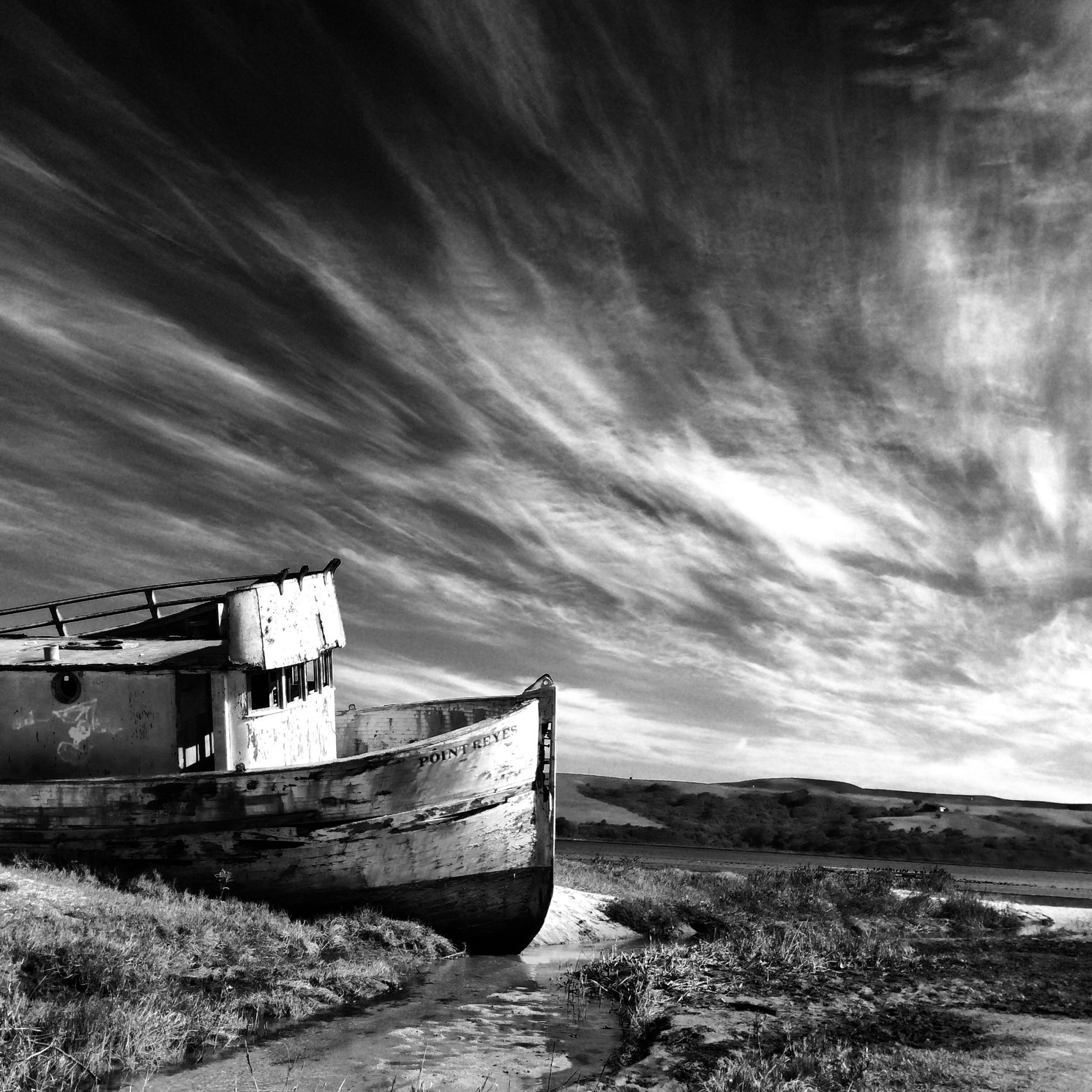 In the following decades she has garnered an incredible amount of attention from visitors all over the world. Google her and you’ll see thousands of images of her – more than many runway models!

As if Mother Nature’s way wasn’t harsh enough on her, ‘ignorants’ have abused and vandalized her and most recently, set her afire. Thus hastening her demise.

She was built to withstand the wild Pacific Ocean and even through all these years beached, still she gives it her best smile. Tough but in a strange way elegant. Maybe that’s why sailor’s love their boats? (maybe photographers too…) 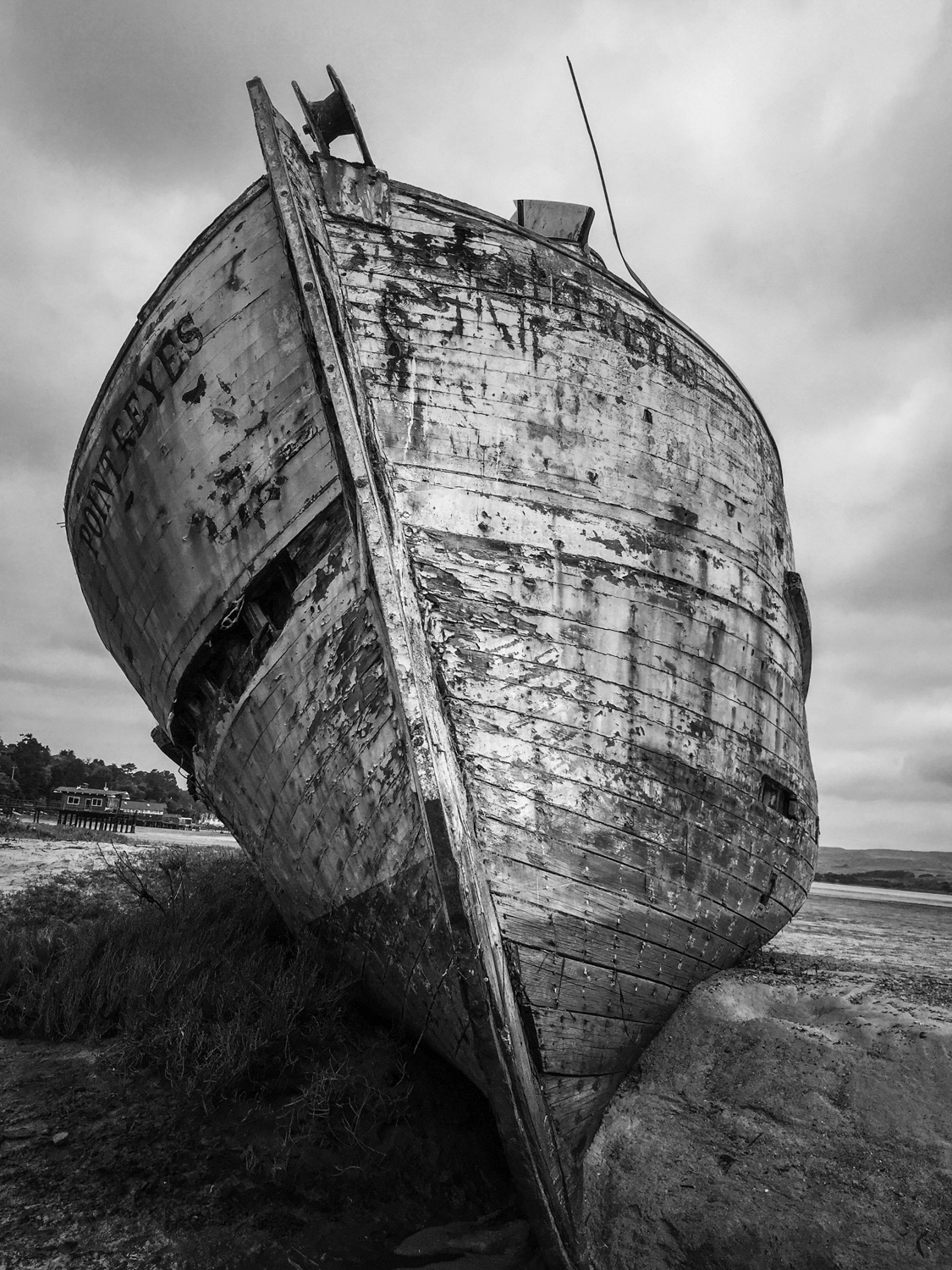 Over the years a lot has changed and nowadays I take my workshop clients to her first thing, to discuss shapes – textures – and tonality. 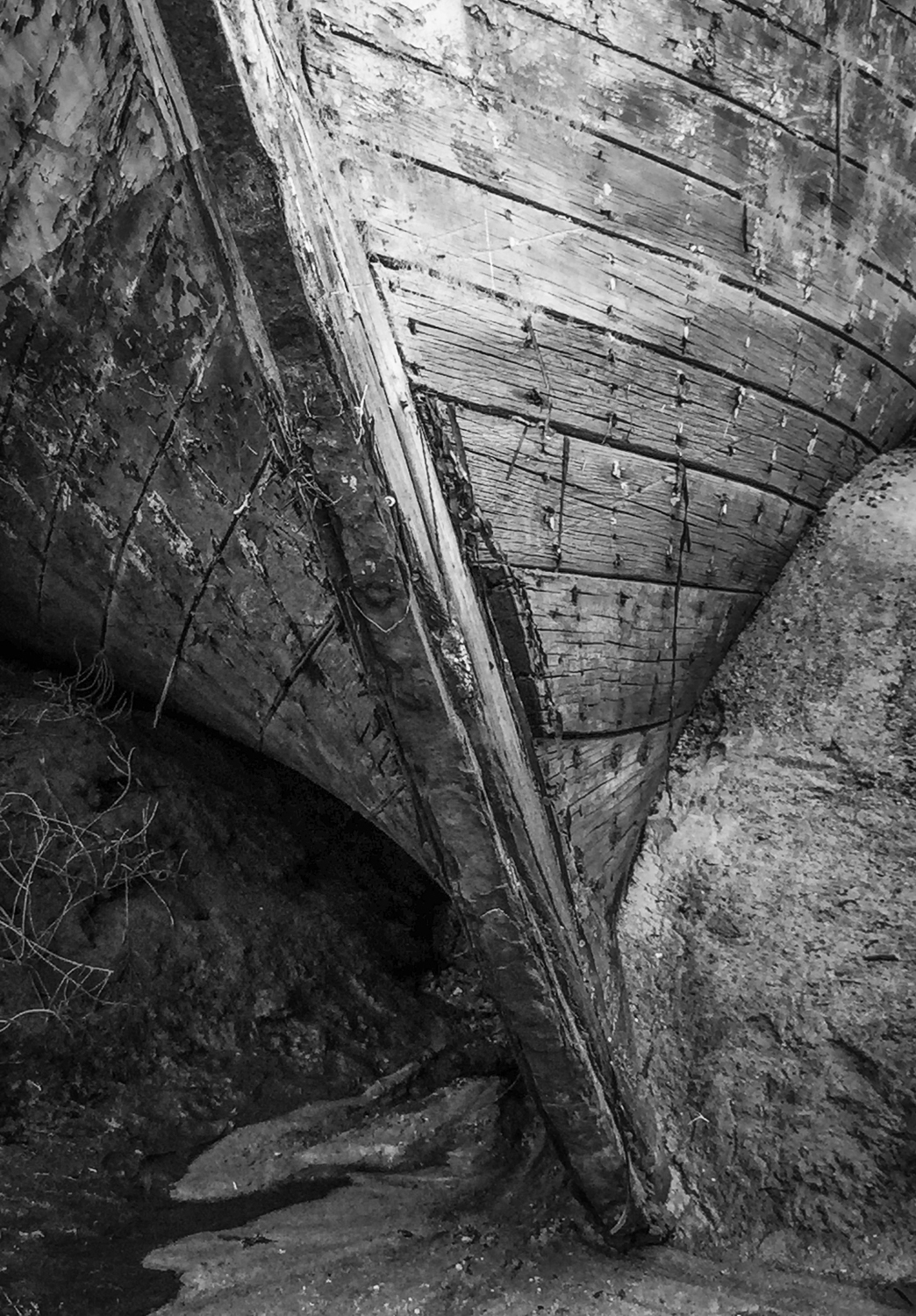 I will be hard pressed and quite sad when she’s gone.

She has contributed greatly to my evolution as a photographer and to many others as well…and that’s why I love her.

For more information on my photography workshops and training please visit my website at  www.jgunther.com